A delayed departure from Houston due to bad weather in Los Angeles meant Alison and I had a bonus afternoon in San Francisco before our evening departure to Auckland. With this time on our hands we decided to head into the city and take the cable car trip to Fisherman's Wharf. 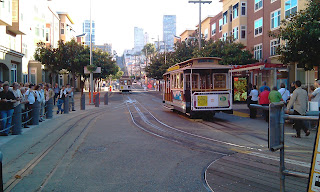 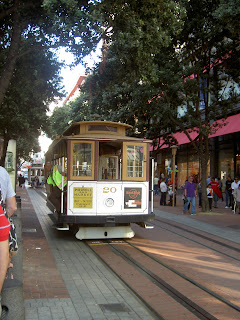 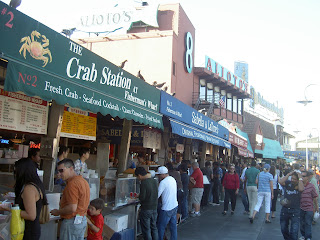 It appeared that quite a few other people had the same idea, given the size of the queue at the cable car stop. It turned out to be a quick dash to Fisherman's Wharf for a long distance glimpse of the Golden Gate bridge and then getting in the queue again for the return journey. It was nice to see Heermann's Gull again as several were loafing around on the roofs of the wharf seafood vendors. 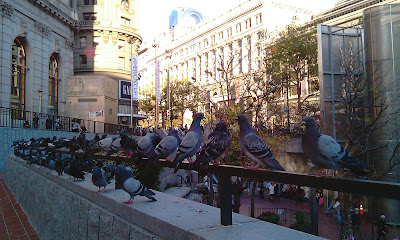 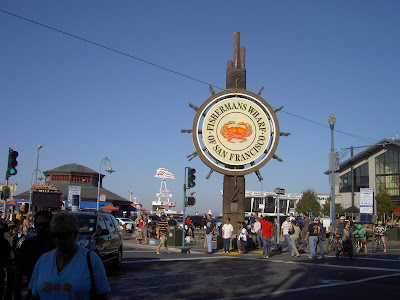 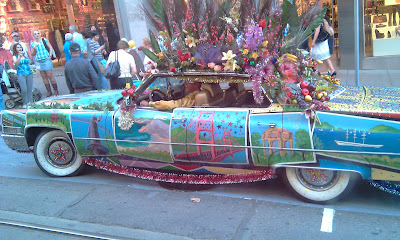