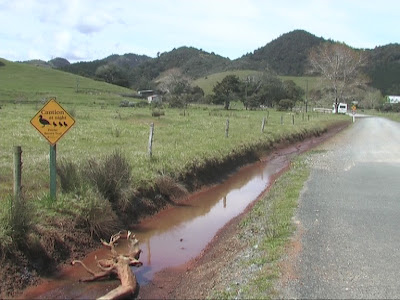 Had a last look around before leaving Carol and Detlef's place. Our destination today was Sandspit, the departure point for the following day's pelagic trip.

We retraced our steps down Highway 1, our first stop was at the aptly named Teal Bay, just to the south of Oakura and Helena Bay. This is a well known stake out for the endemic Brown Teal, or Pateke as it is known in the Maori language. There is even a road sign warning of Pateke crossing. Good numbers were easily seen along the stream here.

Next, we stopped at Waro Lake, a couple of kms north of Whangarei. At this site, Australian Little Grebe and the endemic New Zealand Dabchick were seen, although the latter was only seen at some distance. The site was also good for Odonata, with Lancer Dragonfly, Gossamer Damselfly, Blue Damselfly and Common Redcoat all being captured on video. For all the wrong reasons, a memorable event was when a guy pulled up in his car and his two dogs promptly chased after a Feral Chicken, ripping it to shreds as we watched on over our picnic lunch. It was not much of a contest!


We arrived at the Sanspit Holiday Park by late afternoon and parked our ampervan at a great location at the water's edge. California Quails and Pukekos fed on the grass around the campsite, (Wish I had videoed them). Tuis were numerous and I saw my first endemic New Zealand Pigeon (Kereru) here. Nearby, the mangroves held Sacred Kingfisher, Banded Rail and both variable and Pied Oystercatcher. 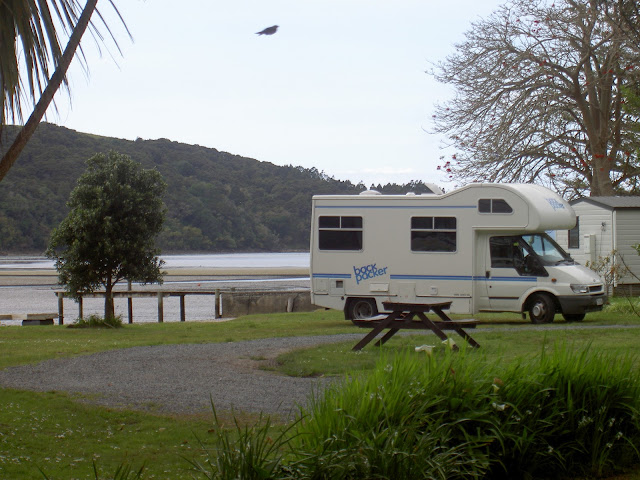 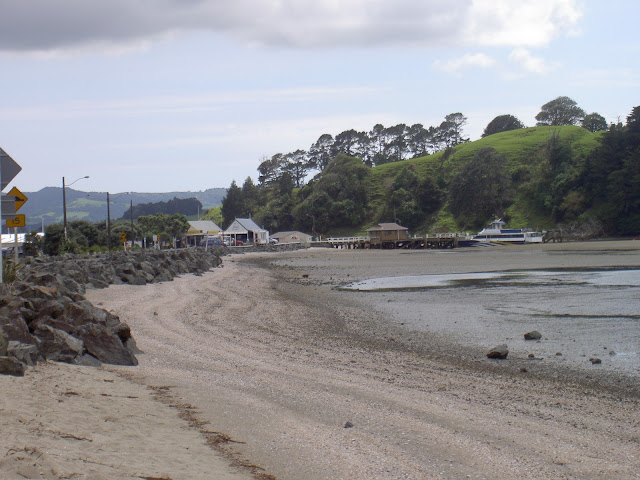 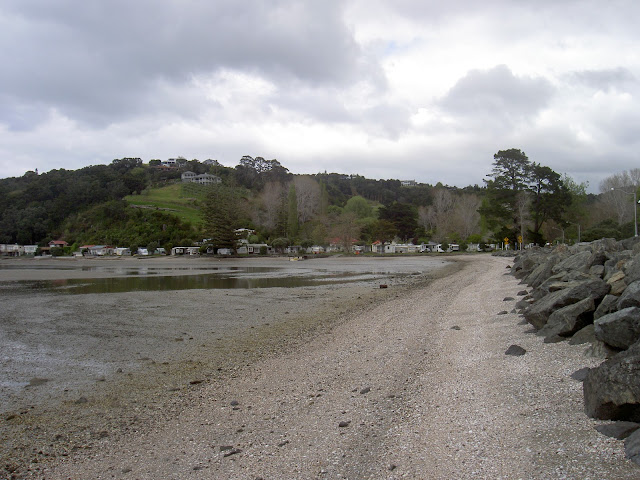