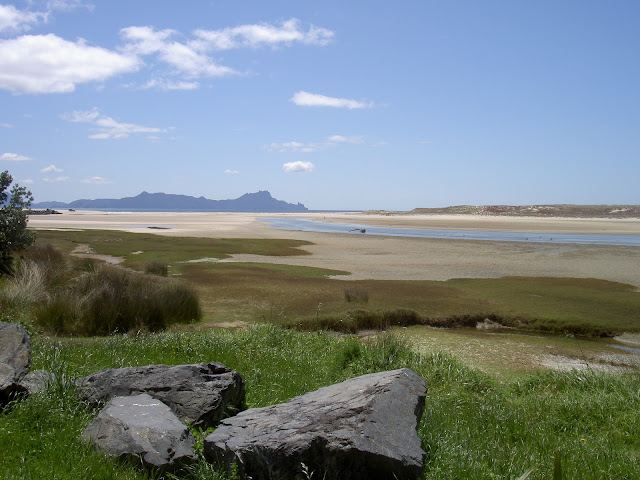 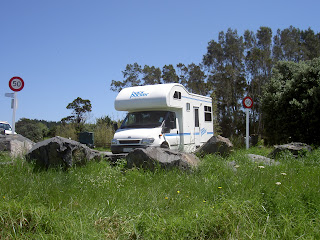 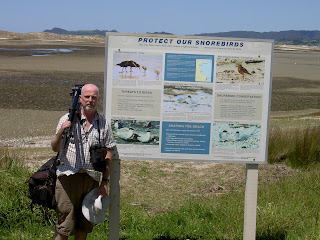 We picked up our campervan early this morning and, before long, we were leaving the Auckland suburbs behind and heading north through tree fern laden valleys along the Highway 1. First stop was Waipu Cove, were we saw at least 3 New Zealand Dotterel.

Birds seen at Waipu were:

Our ultimate destination today was Kerikeri, which is approximately 240 Kilometers north of Auckland. Kerikeri is home to Carol and Detlef Davis who run the "Birders Rest" accommodation. Carol and Detlef allowed us to park our campervan on their property and let me wander around their garden. Inconspicuous Grey Warblers called all around, whilst Tuis visited the garden Bottle-Brush shrubs. Best of all, were two Moreporks, one of which called obligingly for my video footage; the only ones seen all trip.


Then, at dusk, it was time for the main event. Carol and I set off into the nearby countryside to search for Northern Brown Kiwi. On the way, Carol told me about a Kiwi with a white head she had seen near where we were to park the car. As we walked slowly down into a coastal valley, a male Kiwi called, with a female calling soon after, but still out of view as Carol scanned the torch beam. Eventually, we found a male, but it did not hang around for too long. Frustratingly, we stood within feet of at least two different Kiwis that could be heard walking through the undergrowth. We walked to the beach and saw a couple of Blue Penguins roosting in the
undercliff. Finally, just as we were leaving the site, a female North Island Brown Kiwi appeared, giving good views as it walked down a grassy bank. It was the female with the white head! 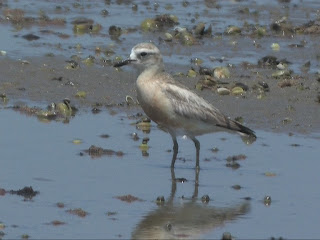 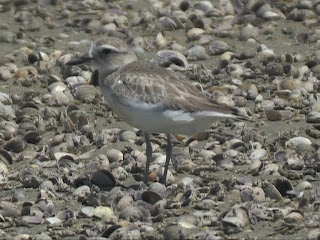 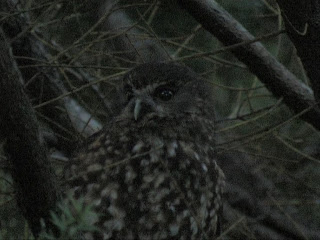 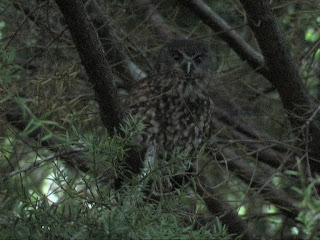 An obliging Morepork in Carol and Detlef's garden.


Video grabs from my DVD.
(See "Trip DVDs For Sale" tab at top of page) 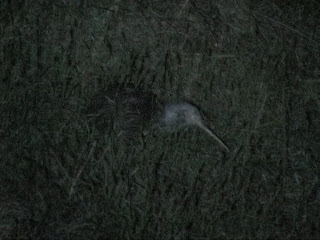