To purchase DVDS from this website, simply scroll through the titles pressing the "add to cart" button for the items you wish to purchase. This will take you to an order page where you can complete your purchase or return to the website if you have not finished browsing. When complete, go to the "view cart" button on the top right of the page and this will allow you to complete your purchase.

Titles after 2015 are High Definition Blu ray Discs. If you wish to purchase these as Disc images on a flash drive, please contact me to discuss options.

Feel free to contact me if you have further questions using the "contact me" box on the top right of the page.
All DVD's are PAL Region 2. 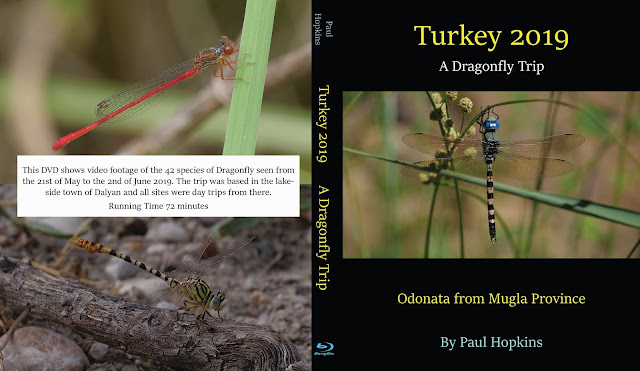 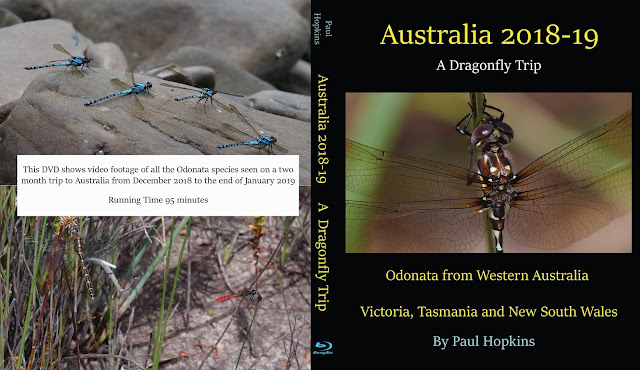 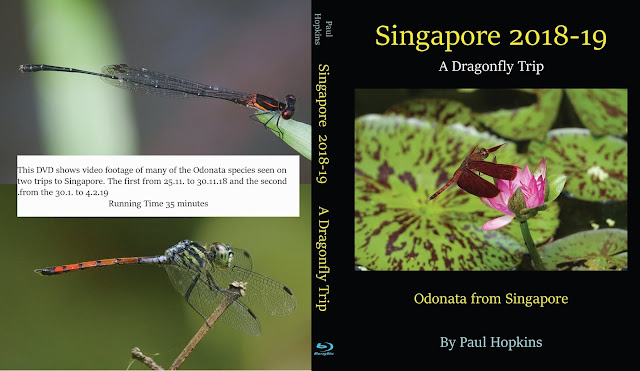 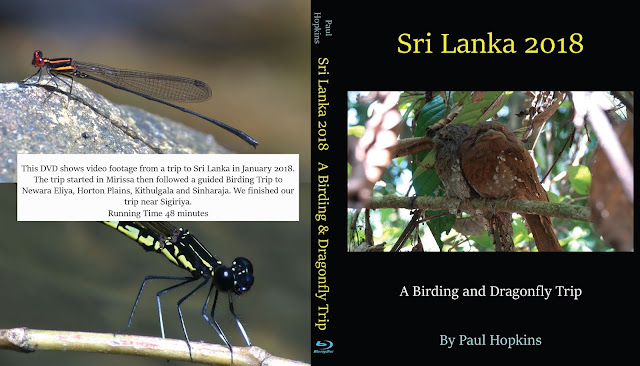 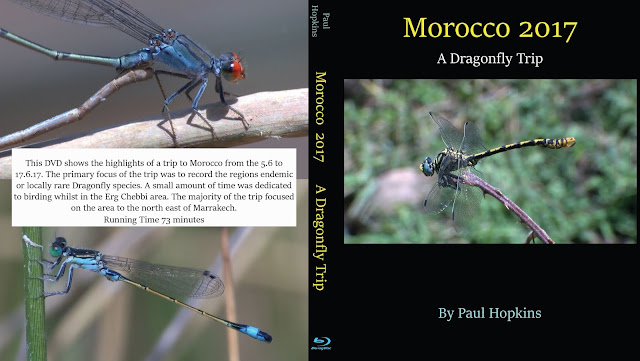 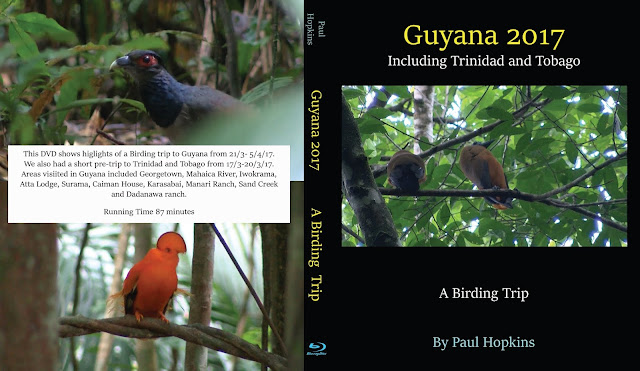 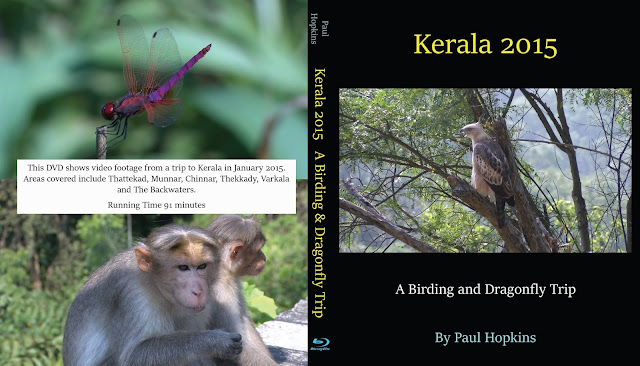 Guide to the Dragonflies of the UK and Ireland 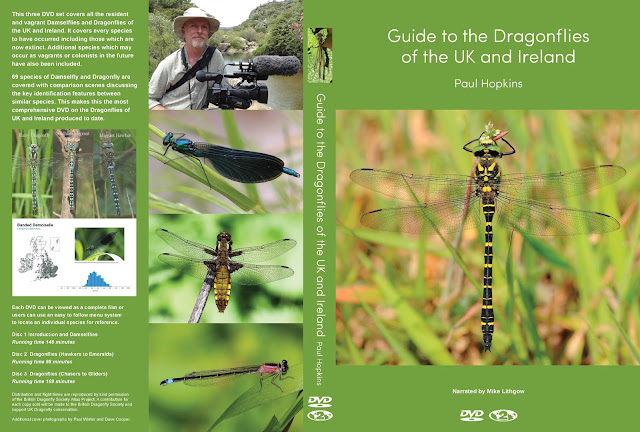 Complete 3 Disc set
Covering every species of Dragonfly and Damselfly that has ever occurred within the UK and Ireland. Also includes potential new vagrant or colonists.

Simply the most comprehensive DVD set on UK and Ireland Dragonflies ever produced. 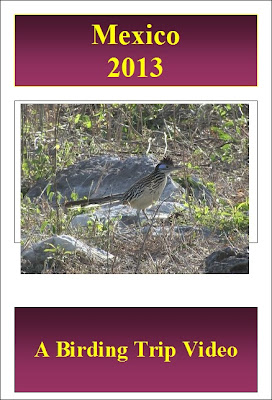 This dvd covers a two week trip to the Yucatan Peninsula of Mexico in February 2013.

The trip was based around the following itinerary:

7 days at Tulum, about two hours south of Cancun, with trips to Coba, Sian Kaan and Muyil.
2 days at Rio Lagartos on the north side of the Peninsula.
5 days on Cozumel Island 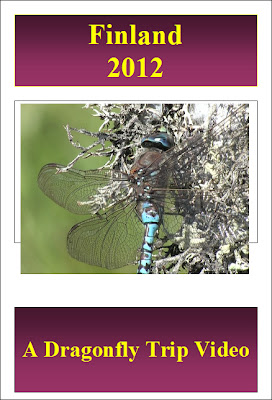 The trip focused on a small number of sites in southern and central . The key sites were: 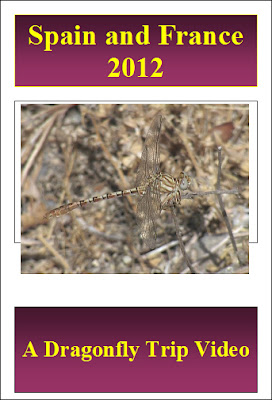 This DVD contains the highlights of a dragonfly trip to and in June 2012.

Areas visited in included Extremadura, and Catalunya. In we visited the , La Brenne and the Coastal Marshes in Pays de Loire.

The trip recorded 59 species in two weeks. The majority of these are included on this DVD.

The following shows the opening titles from the DVD 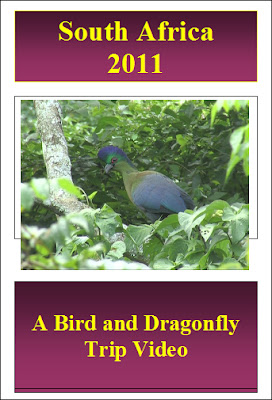 This DVD contains the highlights of a two week trip based entirely at in Kwazulu Natal. This was a return visit to an area I had briefly visited on my South African trip in 2010. It concentrates on the following areas:

A further section is devoted to Dragonflies seen in the area

If Purchased with South Africa 2010, only £8 (plus normal cost for 2010 dvd)
To order both dvd's use the separate "add to cart" button below


The following shows the opening titles from the DVD 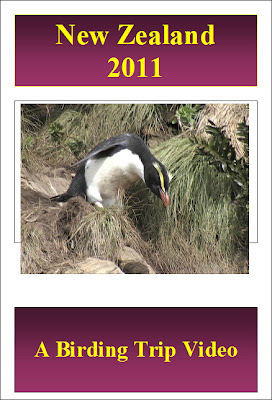 This DVD contains the highlights of a birding trip to  from the 25th  October to the 18th of November 2011.

Most of the available endemic bird species are featured on this DVD.

The following shows the opening titles from the DVD 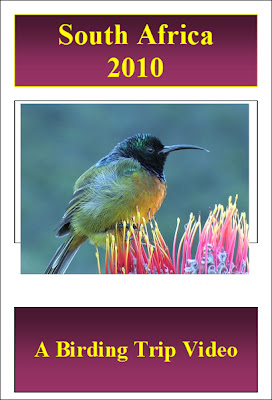 This double DVD contains the highlights of a 4 week trip to  in November 2010. The trip was split into two legs. Firstly, the , covering the  area (including a pelagic trip), the , The Overberg, Tanqua Karoo and Bushmansland.

The second part of the trip covered the eastern areas of Wakkerstroom, Nelspruit, Magoebaskloof,  , , , Eshowe and finally Creighton and the   into . The trip recorded 470 species of which 295 (including 78 endemic or near endemics) are included on this DVD. 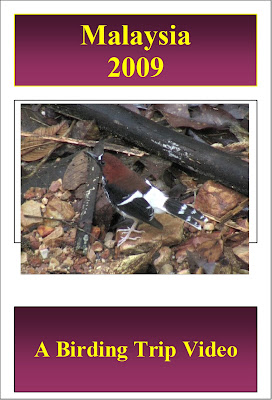 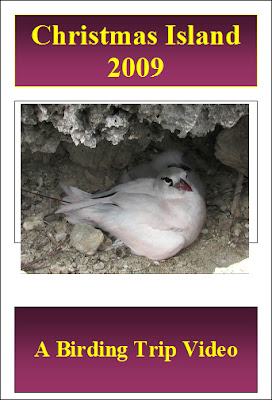 This DVD contains the highlights of a week spent on  in September 2009. It contains footage of all the  endemic bird species and sub-species with the exception of abundant Christmas Island Glossy Swiftlet. This wonderful island, located in the Indian Ocean, 2600 km northwest of  and 500 km south of , is a home to numerous breeding seabirds.
Our visit was an extension to a Peninsula Malaysia trip. 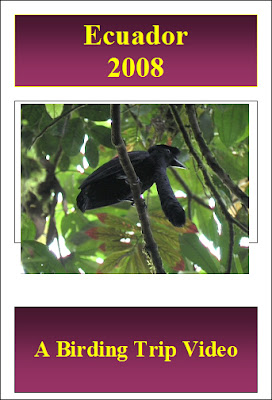 ﻿
This Double DVD set contains the highlights of a 4 week birding trip to  in July and August 2008. The trip focused on the North of the country covering the Western Andean Slope and North Western Lowlands, Guandera in the Far North, the Eastern Andean Slope and the .
﻿
Running time approximately 183 minutes (100 + 83minutes) 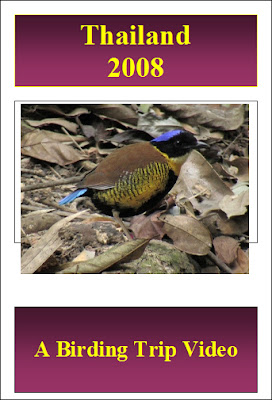 This dvd contains the highlights of a three week trip to  from 10th February to . The trip covered the  of  and Kaeng Krachen on the gulf coast of . The gulf coast wader hotspot of Ban Pak Thale was also visited for the awesome Spoon billed Sandpiper. We then flew down to Krabi in Southern peninsula , our base for visiting Khao Nor Chuchi in search of Gurney’s Pitta. 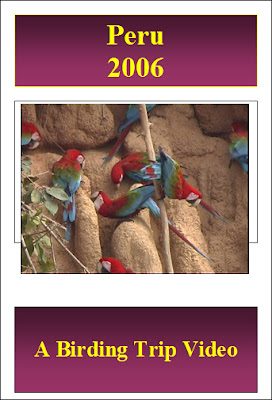 ﻿
This double dvd contains the highlights of a three week long birding trip to South Eastern and  from 27th August until . An enormous total of 762 species were recorded, of which 40 were heard only, 24 were endemics and 47 near-endemics.
Species included 6 Tinamou species seen, 3 species of Albatross, 25 Parrots, all 4 endemic Miners, 2 endemic Cinclodes, 7 Canasteros, 61 species of Antbird and 55 species of Hummingbird!  A wiide selection of these species are included in this
video.

The following video link shows the opening titles froms parts 1 and 2 of the above trip DVD.


The Pantanal and Chapada Dos Guimaraes 2005 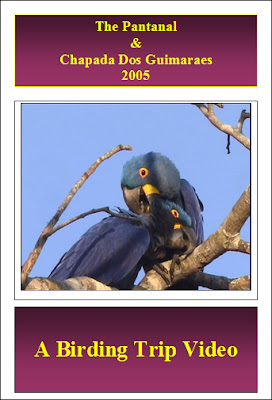 ﻿
This DVD contains the highlights of a week long birding trip to The Pantanal and Chapada Dos Guimaraes areas of Matto Grosso in . The trip was planned as a pre-trip extension to a further three weeks in .

The Pantanal is one of the largest seasonally flooded wetlands in the world and holds an impressive diversity and density of birdlife, mammals and reptiles. Access to the Pantanal is along a single gravel road called the Transpantaneira. Our visit was timed to coincide with the dry season when the water levels are low. The water that remains by the Transpantaneira attracts large concentrations of birds.

The second part of the trip concentrated on the dry cerrado and forest habitat which surrounds the magnificent escarpment at Chapada Dos Guimaraes.

The following link shows the opening titles of the DVD. 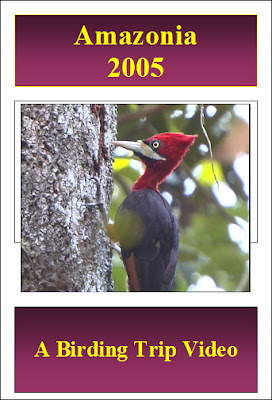 This double dvd contains the highlights of a birding trip to Amazonian  from the 24th July to August 13th 2005.

The areas covered on this trip included:

The trip concluded with a day at the Aghulas Negras road in  to look for some South East Brazilian endemics. 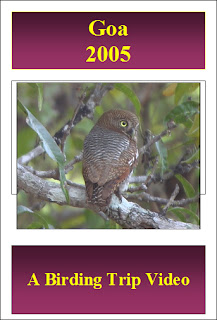 This dvd contains the highlights of a two week trip to  from 26th March to . Most Birders tend to visit  in winter when the numbers of birds are supplemented by wintering species. Although this trip was a later in the year, there were still numerous birds to be seen. I saw 215 species, 116 of which are featured on this dvd.

This dvd is presented as a site by site guide to the birds that I captured on video at each site.

Paul Hopkins
I began birding as a child when I grew up in Leicester. I was a member of the Leicester Young Birdwatchers Club (along with a few other well known Birders). I moved to Cornwall in 1985. My birding has taken me all over the uk where in the 1990's I was a keen Twitcher. In those pre-digital days I was a keen rarity photographer and spent many an hour racing to Island Photo's on the Scillies to get the days shots developed! In the early 90's I was a regular photographic contributer to the UK Birding Press. These days my uk twitching has somewhat reduced although I cannot resist the odd foray for a mega! World birding has become more of a focus. I have travelled to many countries around the world on birding trips and it was in 2005 I eventually diched my old 35mm Canon T90's and FD lenses to switch to video. Since this time I have very much focused on producing video footage for all of my trips. I not only video Birds but have a special interest in Dragonflies where I am nearing completion of my "Ultimate UK Dragonflies" DVD featuring all the resident species,rarities and potential colonists.