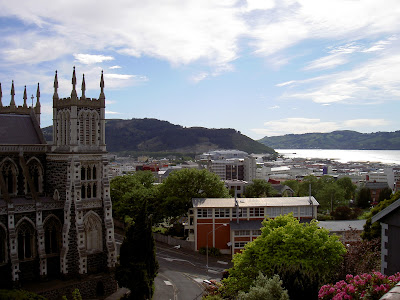 Our base for our two nights in Dunedin was The Brothers Hotel. http://www.brothershotel.co.nz/
The hotel is situated on Rattray street, just round the corner from the Speights Brewery and has great views over Dunedin. 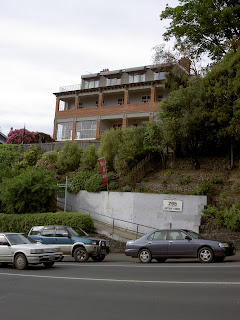 Their website gives the following information on the building's history before it's renovation in 2005:
"The Christian Brothers Order had been on the property at 295 Rattray street since 1876 and the current Stately residence was built in the early 1920's in the area known as the "Vatican" district. At one time the huge residence housed up to 13 Brothers. In March 2005 there were only 4 remaining." 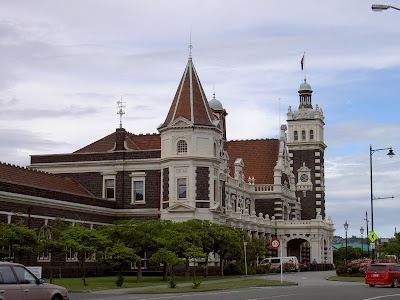 We spent the morning in Dunedin, checking out the Otago Stadium which was one of the Rugby World Cup venues. We also were advised to take a look at the Railway station with ornate Flemish Renaissance-style architecture features which earned architect George Troup the nickname of Gingerbread George. 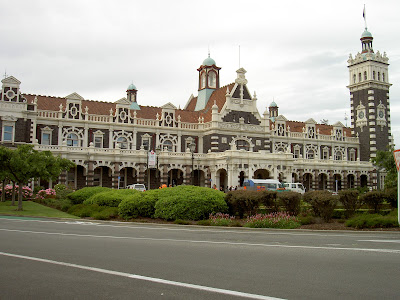 We also took a drive up Baldwin Street which is said to be the steepest street in the world. 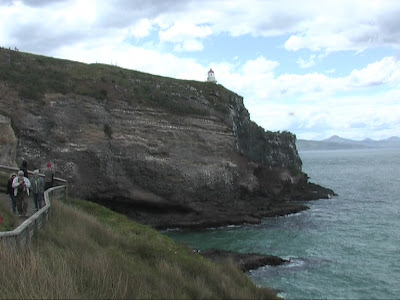 By lunchtime we headed out on the Otago Peninsular towards Taiaroa Head. Here is the only mainland colony of Northern Royal Albatross. I had been warned that to view them you have to look through thick glass and there would be no chance of getting video of them at the nest. The looks on the faces of the birders I met who parted with the entry fee only to find out that viewing was limited, reinforced my decision to wait on the car park for the wind to get up and get the Albatrosses as they soared overhead. As the wind got up in the afternoon the birds did as expected allowing me to get some flight footage. It was however disappointing that there was no opportunity to film them on the ground. 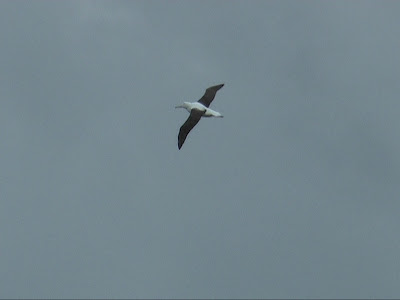 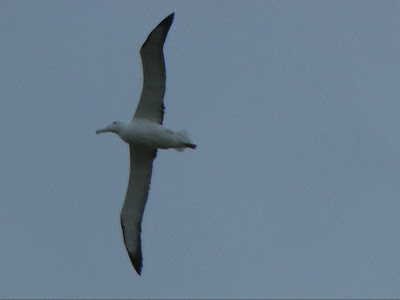 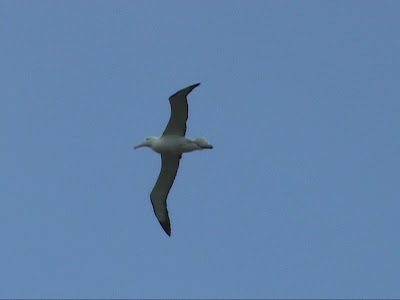 Around the car park area there was a large colony of Red-billed Gulls and good numbers of Spotted Shags on the cliff edges. 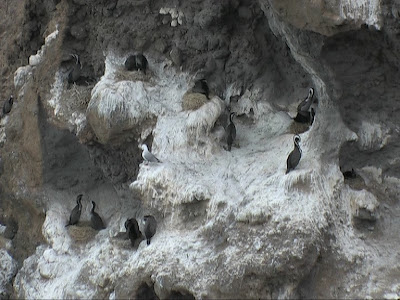 This was our last night in New Zealand. We ate this evening at the Etrusco Italian restaurant at the Savoy Hotel in Dunedin and finished the evening in the Scotia Whisky Bar (Can't stand Whisky, but the beer was good!).