We left Stewart Island this morning on the morning ferry back to Bluff. Nothing new seen on the return crossing. Can't believe I am taking for granted White-capped and Salvin's Albatrosses! 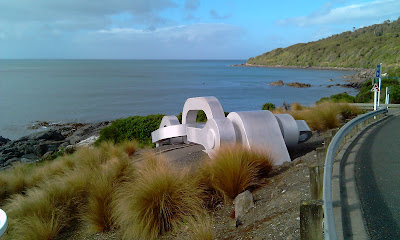 We picked up the car in Bluff but before leaving headed up to the point and the lookout. The chain represents Stewart Island's role at the heart of Maori mythology. Translated as "The Anchor Stone of Maui's Canoe", it refers to the part played by this Island in the legend of Maui and his crew, who from their canoe (the South Island) caught and raised the great fish, (the North Island). 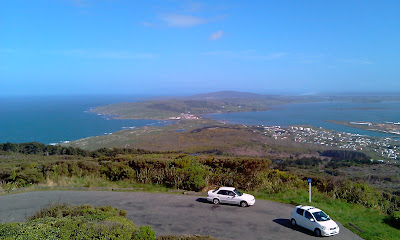 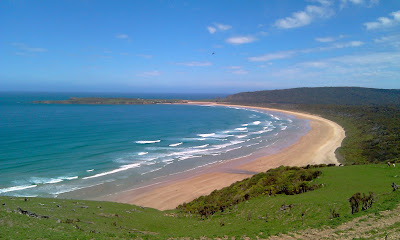 We returned to Invercargill and then drove eastwards through the Catlins. Roadside stops produced good numbers of New Zealand Pigeons and Redpolls. 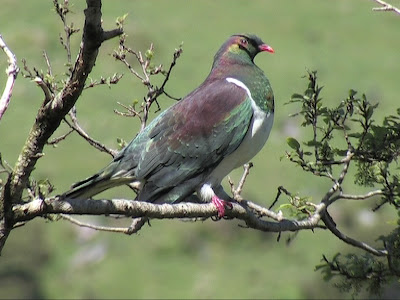 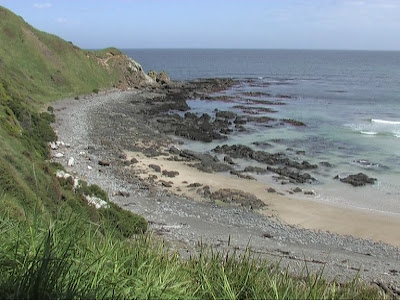 By mid afternoon we arrived at Nugget Point. The main quarry here was Yellow-eyed Penguin. After short walk down to the observation hide we spotted our first Penguin making it's way down the beach to the sea. After about an hour we saw a couple more coming ashore. Also of interest was a rock stack that held a colony of Royal Spoonbills. 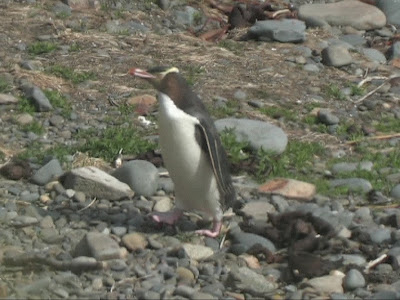 We left Nugget Point in the late afternoon to drive to Dunedin where we stopped at The Brothers Hotel.