Getting to South Africa from Melbourne proved to be a real saga. We were diverted via Hong Kong as we failed to make our connection in Sydney due to bad weather in Melbourne. When we did arrive in Johannesburg, our bags didn't! We met our Daughter at Joberg and then flew to Durban, where we picked up our hire car and drove up the coast to St Lucia. Our base for two weeks.

I had briefly been to St Lucia in 2010 as part of South African birding trip. I was keen to return and thought it a great place to combine a family trip with some Dragonfly filming and birding.


Another draw for me was that it was a good place for Vagrant Emperor Anax ephipigger which I had seen the previous year but not filmed. I had also seen this species earlier in the year in Cornwall but again it eluded the Camera. 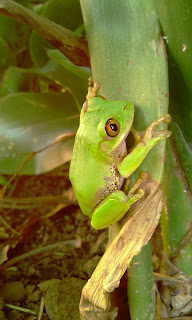 We based ourselves at Ndiza Lodge http://www.ndizastlucia.co.za/index.asp in one of their cabanas. Our bags eventually arrived a couple of days later. This place is ideally situated for early morning walks on the Igwalagwala trail as the start of the trail is only a few hundred yards from the lodge.

I walked the trail every morning and saw the following species in the area around the Igwalagwala trail (Bold indicates the most sought after species):

Staying at St Lucia meant that we got to drive through the Ismangaliso Park (Previously known as the Greater St Lucia wetlands) many times as the beach at Cape Vidal was Alison and Kirsty's favorite beach.

This provided opportunities for mammal watching along the way as well as some great dragonfly Spots. I also managed to catch up with Southern Banded Snake-eagle which I had missed in 2010.

A marsh area with a walking trail near the entrance to the park was also a great place for dragonflies. 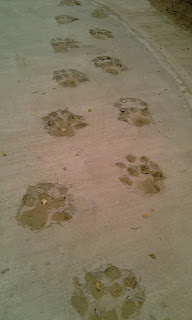 Who's been walking on my fresh concrete?


I paid a visit to the nearby Monzi golf course where I anticipated there would be some pools to irrigate the course. This proved to a good move, and I found a nice little pool with a number of Dragonfly species present.

We visited Hluhluwe Imfolosi Park on two occasions which is about an hours drive from St Lucia.
The park holds good numbers of White Rhino and smaller numbers of Black. Unfortunately we failed to find the latter and also missed seeing an Lion.

We saw good numbers of Elephant and had some scary moments when we had to reverse the car pretty quickly. 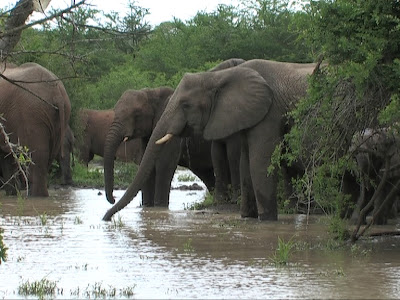 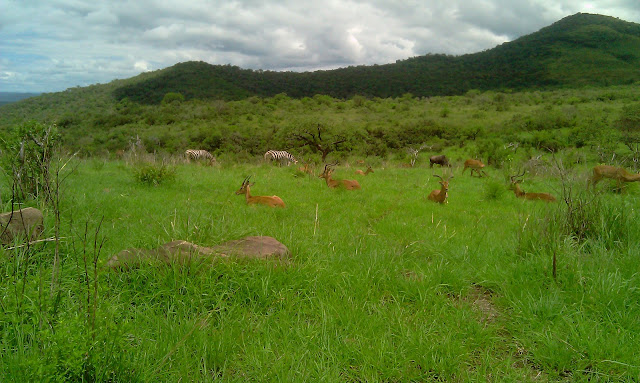