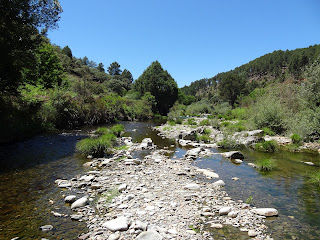 My friend Dave and I visited Extremadura as part of a two week trip across Spain and France in search of Dragonflies. A key reason for the trip was to obtain footage of some species that are extremely rare or extinct in the UK. In addition to this we searched for those Iberian and French species which were also available. 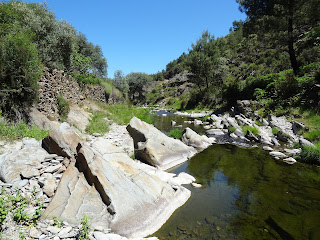 Along the road towards El Gasco. We visted here twice but our first visit was abandoned due to cold and overcast conditions.


We were possibly a little early for bigger numbers of Oxygastra and others have seen Boyeria irene and Gomphus graslinii here although we missed these. The highlight at this site was probably our first sightings of Splendid Cruiser Macromia splendens.

Parque de la Mujer
We visited this site twice. Our first visit was just as a random stop on the way back from the Rio Hurdano. Although only a small village pond, this site was very good for Dainty Damselfly. 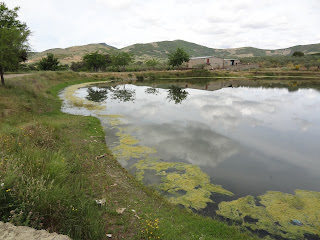 Our second visit was late afternoon and there were more Dainty Damselfies with many tandem pairs egg laying. 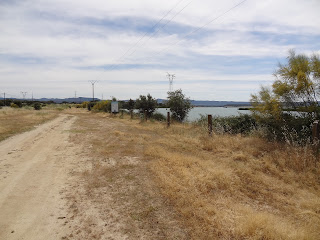 Embalse de Arrocampo
A well known site for Long Skimmer that we visited twice. Also a good birding site where we had amongst other things, Savi's Warbler, Purple Gallinule and Black-shouldered Kite.

La Serena
We stopped at a small stream whilst driving through the area and had the following on 5/6/12: 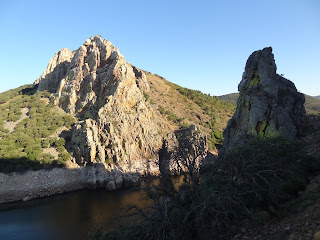 We based ourselves at Camping Monfrague in the Monfrague national park. This place is one of the most famous birding sites in Spain or indeed Europe.
Although not a birding trip we did find a little time to get some of the speciality birds including: