We spent the morning driving down towards Okarito on the west coast. Okarito is the home of Ian Cooper who runs Okarito Kiwi Tours. The Okarito Brown Kiwi world population is restricted to something like 100 square kilometers of Forest in this area. So seeing it required Ian's specialist help.

Before the planned Kiwi trip we walked on the beach where breeding Double banded Plover were found.
The Marsh behind Ian's house also held South Island Fernbird which gave only brief views. 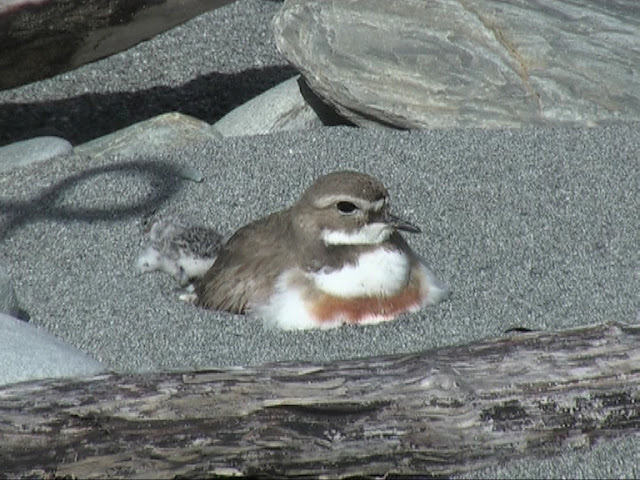 Soon it was off to Ian's house for the short trip to tonight's stake out for the Okarito Brown Kiwi, where we once again met up with Brent and the Wrybill crew. I plead in vain for the opportunity to video the birds if we see them but Ian will not permit video or photography as he does not want the birds disturbing in any way.

Firstly we start on the car park with a long briefing about what is expected from the group if we are to have any chance of seeing the Kiwi. He has us working out communication methods to maintain silence and strategic track positioning which will give the best chance of everyone seeing the bird. Then to kill a bit of time while dusk arrives he engages everyone in in a Kiwi facts quiz. Not sure about the quiz Ian! However by this time he has generated such a feeling of military precision and order that I was not going to dis the quiz!

Ian then pulls out the his electronic tracking antenna and it is clear that these birds are tagged. I am left wondering if this somehow devalues the experience but conclude that without this our chance of seeing them is nil. Ian states that tonight we are going to look for a pair he has named as BZ (the male) and Beaumont (the female).

Off we set along the track in our strategic positions whilst Ian scans the area with his antenna. We wait silently with Moreporks calling in the distance adding to the atmosphere. Ian soon locates Beaumont and has us positioned on the track exactly where he anticipates she will cross it. Sure enough at 9.15 Beaumont walks across the track illuminated by Ian's red beam torch. We then have to wait until 10.10 before BZ arrives on the scene. He announces his presence by calling right in front of us as Beaumont replies from the distance. We obtain brief views of BZ a couple of minutes later as he puts an appearance on the track. It was then time to leave. I have to admit tonight's experience did add a new dimension to birding but concluded that it was a great experience and I would recommend  Ian's trips to anyone.

We had another walk on the beach this morning getting good views of South Island Tomtit using the drift wood as lookouts whilst he fed on Sandhoppers.

We then took the short drive to Franz Joseph glacier. We walked from the car park, along the path through the trees to the point where the glacier first becomes visible. At this point we decided to walk back and I have to admit being a little underwhelmed by the glacier. Not a patch on the Moreno glacier I had visited in Patagonia a few years ago. The walk through the woodland produced Bellbirds, more South Island Tomtits and Grey Warbler. Despite the signs on the car park, no Keas were in evidence. 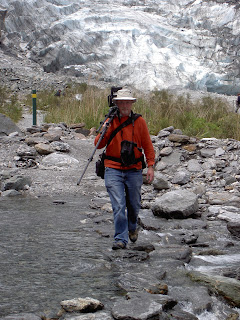 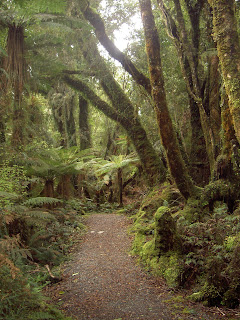 By late afternoon we had arrived at Monro beach were it was hoped that we would find Fiordland Crested Penguin as they breed here. The 45 minute down to the beach was through stunning fern laden forest and well worth doing. As you arrive at the beach there is a sign telling you that "Tawaki" breeds here. We walk to the far end of the beach where almost immediately a Fiordland Crested Penguin is making its way down the rocks towards the beach. The advise here is not to block the path to and from the sea as this potentially prevents birds coming ashore and feeding their young, We sit in behind a rock and get crippling views of the Penguin as it negotiates the boulders and then waddles down to the surf. During our time on the beach we are being eaten alive by Sandflies, but worth it though. About an hour later another individual repeats the journey. We notice a couple of Penguins on the shore appearing nervous about coming up the beach because of our presence, it was time to leave. 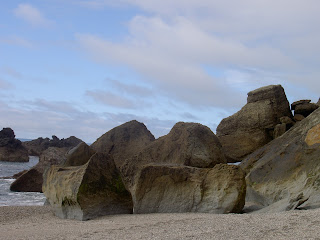 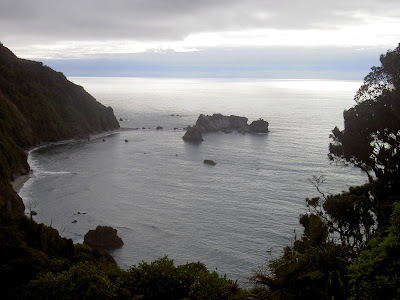