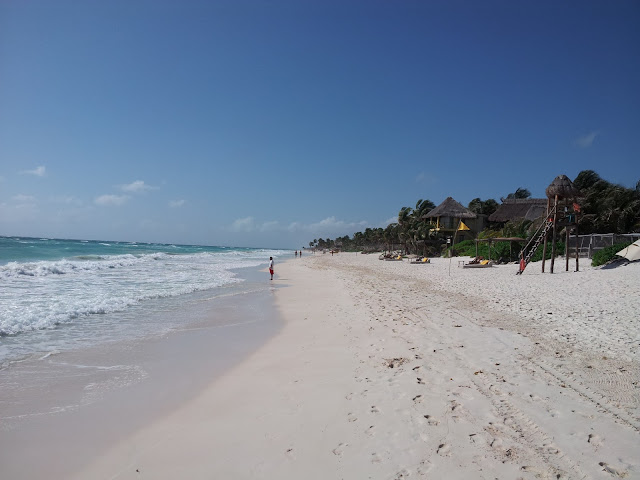 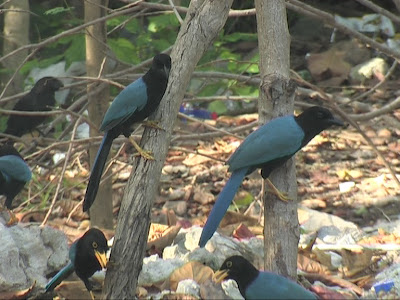 Yucatan Jays are common around the Tulum area. The immatures have yellow beaks. 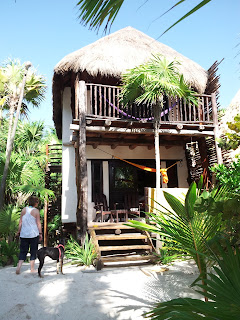 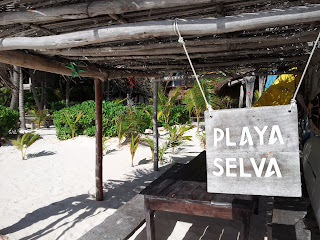 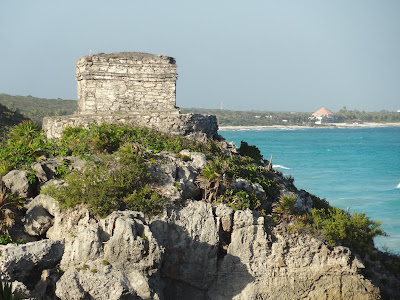 We chose to spend a week in Tulum as it was far more appealing than the crowded Cancun and Playa del Carmen resorts. We splashed out on a great beach hut at Playa Selva.

We chose this area as it had a great beach and was well located for birding trips to Sian Kaan Biosphere, and the Mayan sites of Muyil and Coba which are well documented birding sites. 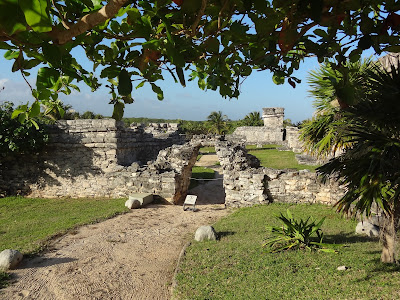 Birding around the Mayan ruin sites had it's frustrations. They do not open until 8am and it is no longer possible to get into Muyil before this time unless you want to risk going though a hole in the fence. As anyone who has birded the neotropics knows, by 8am the bird activity begins to slow down in the heat. The other frustration for me was the ridiculous rules about tripods and semi-pro video cameras. I manage to take my video camera and tripod into Muyil as the gates were opened and paid on the way out. At Coba, no tripods are allowed at all, with the reason given that they get in the way. Ironic in deed when at about 10.30 a tidal wave of tourists on bicycles and rickshaws hurtle around the site making a cacophony of noise. At  Tulum ruins I took my video camera hand held, paid for tickets and as we were walking in were stopped by an official and taken to an office were they said the camera was not allowed in. When we asked for our tickets to be refunded, they initially refused and said we would have to stand by  the entrance and sell them ourselves! After a we made a fuss they eventually gave us our money back. We did begrudgingly return to the ruins at the end of the week without the video camera as it was shame to come to Tulum and not take a look at the cliff top Mayan ruins. 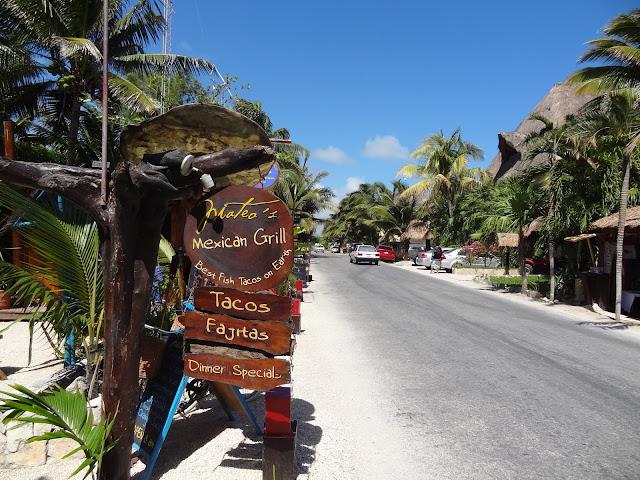 Another great feature of Tulum beach is the number of fantastic restaurants. 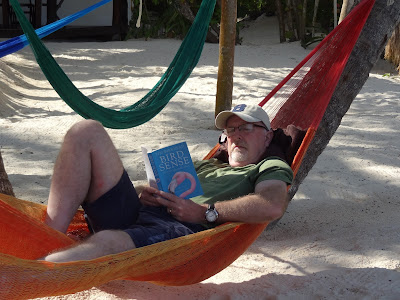 As this was not solely a birding trip, I tended to bird early mornings and late afternoons. As it goes, there was not much on offer in the heat of the day so this fitted in quite nicely with chilling out on the beach.


This part of Mexico is superb for Orioles. I saw 6 different species in the area.

The three main orange species are the endemic Orange, Atamira and Hooded Oriole. Then I had another three yellow species in the form of Black-cowled, Yellow-backed and Yellow-tailed Orioles.


North American wintering Warblers are numerous in the Yucatan. Hooded Warbler was fairly common at Muyil, Coba and Tulum.

Black and White Warbler was fairly numerous and always nice to see.

Tulum ruins approach road was the only place I caught up with the endemic Rose-throated Tanager and then only saw two females. The pale eye ring is a  good identification feature.